My Road To College Executive Director 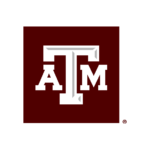 Debbie graduated in 1991 with a degree in Secondary Curriculum and Instruction from Texas A&M University.

She taught in Garland ISD and Frisco ISD and then began homeschooling her kids.

As her kids started to reach high school, Debbie knew it was important to step up the intensity of homeschool to prepare her kids for college.  First Debbie (and husband Todd) became customers – and then Debbie started working for Dr. Kuni Beasley at Beasley College Prep.

I have four wonderful children.  The three oldest have successfully completed the program, and the youngest is just starting.

My next son, Justin, received a Congressional appointment to the United States Merchant Marine Academy in 2013.  It is one of the five Federal Service Academies, and highly competitive to get into.  He graduated in June 2017 with a degree, a commission and a Coast Guard license for unlimited tonnage vessels. He commissioned with the US Marine Corps and is now a 2nd LT. in the U.S. Marine Corps.

My third son, Jonathan, received a Congressional appointment to the United States Military Academy at West Point in 2016! Yes, that West Point!  He is a Senior and will graduate in 2020l!

We are thrilled that all three of our boys are living their dreams and will graduate DEBT FREE!

Our daughter is just beginning her journey with this program.  I know this program works.  It has worked for my own children and the many students that I have taught using these methods.